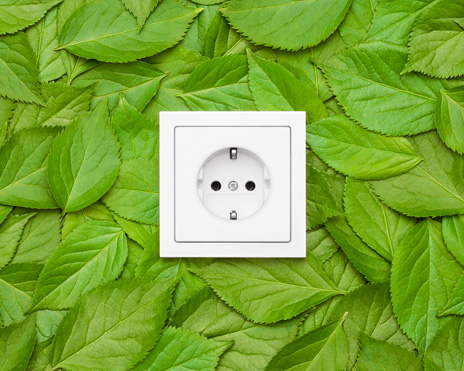 What You Can Do To Address Climate Change

Climate change can be an overwhelming topic for any individual or community. So how can anyone make a meaningful difference?

That’s the question my friend, Sarah Loughran, and I had been asking ourselves for several years. Today, supported by a concerted community effort, we’ve succeeded in helping eight Marin County municipalities reduce greenhouse emissions by purchasing 100% renewable energy for their government facilities.

At the same time, we’ve helped raise awareness about how individuals can support the renewable energy market in their community by purchasing energy from renewable providers for just a few dollars more a month.

As an impact investing client of Veris, I wanted to share my experience to hopefully inspire others to think boldly and creatively in addressing climate change.

Creating Impact
Sarah and I met while serving on the Marin County Civil Grand Jury in 2013. Fast forward four years, and we were together again taking the signature Master Class of Environmental Forum of Marin, a local leader in training environmental advocates for the last 45 years.

We soon learned that the passage of climate change legislation in California requires communities to meet specific greenhouse gas emission reductions over the next 30 years. That law requires each community to produce a climate action plan that details how these goals will be achieved.

When we looked at how Marin County municipalities were meeting the intent of the law, we were surprised by what we found: Each of the climate action plans, for the 12 Marin municipalities, included residents and municipalities purchasing 100% renewable electricity as options for reducing greenhouse gases. Only 4 municipalities made the switch to clean energy for their own operations.

With the support of 19 environmental groups and members of the community, Sarah and I launched a campaign to change this in 2017.

Working together, we convinced eight of the 12 Marin jurisdictions – Corte Madera, Larkspur, Novato, San Rafael, Ross, Mill Valley, Tiburon and the County of Marin – to make the switch to using 100% renewable electricity for government buildings, facilities and streetlights.

The four other Marin jurisdictions – Fairfax, Belvedere, San Anselmo and Sausalito – had already made the switch prior to the start of our campaign.

The upshot: Marin County leads the way in California and across the country in purchasing 100% renewable power for its municipal accounts.

We met with every town or city manager and many council members to understand the challenges they faced. We wrote reports and talking points to make the case for 100% renewable energy. We gathered supporters in each jurisdiction to attend public hearings. We kept jurisdictions informed of progress across the country and sent follow-up correspondence. In total, we attended 17 council meetings.

The positive results speak volumes about the effectiveness of citizen power and democracy.

How You Can Buy 100% Renewable Energy
So how did Marin County source the renewable energy?

Through the local “Community Choice Aggregation,” MCE. The non-profit company is one of many Bay Area companies providing clean energy that can be purchased by households, businesses and government agencies. (See below for a list.)

Many of the Community Choice Aggregation companies listed below provide comparisons of buying renewable vs. traditional power sources.

Sarah and I are continuing to advocate for the purchase of clean energy to reduce our carbon footprint. Our work and experience demonstrate what can be done by those committed to having impact in their communities.

About Helene Marsh
Helene Marsh is a clean-energy advocate who lives in Tiburon, California. In addition to co-leading the effort to transition Marin County municipalities to 100% clean energy in government buildings, Helene built one of the first LEED certified homes in the country and sells power to the grid from solar panels on her house. She is also an MCE Deep Green customer and drives an all-electric vehicle to further reduce her carbon footprint. Helene earned a Bachelor’s degree in Engineering and Visual Arts from Harvard University and a Master’s degree in Environmental Science & Management from University of California, Santa Barbara.