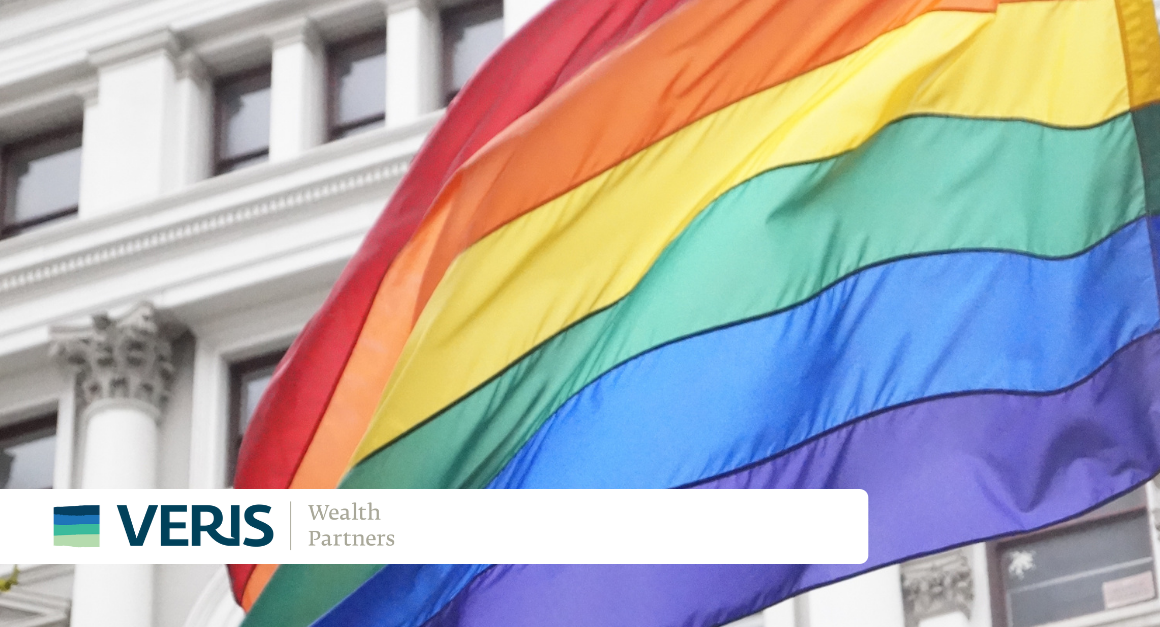 “Places that are supposed to be safe spaces of acceptance and celebration should never be turned into places of terror and violence. Yet it happens far too often. We must drive out the inequities that contribute to violence against LGBTQI+ people. We cannot and must not tolerate hate.”
– President Biden’s Statement on the Shooting in Colorado Springs 1

Veris Wealth Partners is outraged at yet another violent attack on the LGBTQ+ community and we are heartbroken for the victims. We honor the memories of the five people who were killed in the Saturday night shooting at Club Q in Colorado Springs and express our sympathy to the wounded.2

Veris firmly believes that LGBTQ rights are human rights and that violent acts like these are intended to harm not only the victims, but the entire community by destroying any sense of safety in the spaces where lesbian, gay, bisexual, trans, and queer people gather. We also believe that the rise of cruel anti LGBTQ rhetoric and legislation like the “Don’t Say Gay” law in Florida has contributed to a rise in violent acts against this community.3

We believe that the shocking number of mass shootings in the United States4 shows that all Americans are at risk of gun violence, but the data shows that LGBTQ individuals are particularly vulnerable – especially trans people of color.5 This cruel and cowardly act in Colorado coincided with the annual Transgender Day of Remembrance. The LGBTQ rights advocacy group Human Rights Campaign (HRC) has tracked the deaths of over 300 transgender people due to violence over the last decade and that two-thirds of those deaths were caused by gun violence.6 Before the shooting in Colorado, HRC had tracked the deaths of 32 transgender and gender non-conforming people in 2022 alone.7

We agree with the statement issued by HRC President Kelley Robinson in the aftermath of the attack in Colorado: “We must rise against hate in the strongest possible terms, we must stand together in solidarity and love with our LGBTQ+ family in Colorado Springs and demand an end to this epidemic of gun violence. From Pulse to Colorado Springs to so many other lives stolen from us— this has occurred for far too long.”8