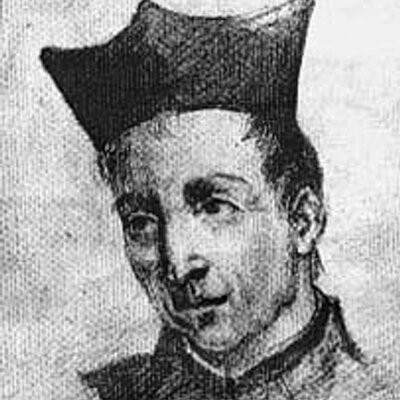 ESG Critics Are On The Wrong Side of History

Environmental, Social, and Governance (ESG) investing is facing a new round of criticism from American conservative leaders. Senator Ted Cruz, to offer one example, has framed BlackRock’s ESG policies as “abusing the market.”1 More alarming to me, are the new state-level policy attacks on ESG led by elected officials from across the United States. To offer three recent examples:

As I see it, these actions demonstrate a lack of concern for the financial performance of the pension-holders they supposedly wish to protect – as well as a lack of regard for the views of a vast majority of the American people. A recent Pew study showed that 69% of American adults want the US to focus on developing the infrastructure for wind, solar, and other alternative energy sources instead of expanding the production of oil, coal, and natural gas.5

I have spent the last twenty years of my career in global Impact and ESG investing, serving clients from across the political spectrum. From my perspective, these condemnations and policies designed to defend the fossil fuel industry show a deep misunderstanding of ESG investing and lack of knowledge about important megatrends that are shifting the views of Republicans and Democrats alike and shaping a future that will look very different from today.

These anti-ESG positions are, in my view, dangerously on the wrong side of history.

I believe the greatest mistake of policymakers enacting bans on ESG investing is that they are ignoring the risk of “stranded assets.”

Lloyd’s defines stranded assets as those that “have suffered from unanticipated or premature write-downs, devaluation or conversion to liabilities” typically because of environmental changes caused by climate change.6

By continuing to invest in fossil fuels, the pension systems of West Virginia, Texas, and Florida – and the pensioners who depend on them – will continue to be exposed to oil and gas and the risk of stranded assets.

Though fossil fuels continue to dominate the global energy system today, we are about to experience a sharp decline in their use because of new government regulations, sharp changes in consumer behavior, and the potential for legal action against emitters. Researchers have forecasted that 60% of oil and fossil methane gas, and 90% of coal will remain in the ground for the planet to not exceed a 1.5 °C carbon budget.7 These “assets” will remain stranded.

Stranded asset risk is not fully reflected today in the value of companies that extract fossil fuels. If this risk was priced in, as I think it will be in the future, this would result in a sudden drop in value that would affect investors and shareholders.

Whether you believe in climate change or not — as an investor, it is a dangerous bet to continue to invest in an industry which has a high probability of becoming obsolete. Returns to pensioners will most probably suffer as a result.

Several energy companies have now made Net-Zero commitments. Exxon-Mobil pledged net-zero carbon emissions from operations by 2050.8 Shell’s target is to become a net-zero emissions energy business by 2050.9 Why would policymakers force their states’ pensioners into investments in soon outdated energy, even while the energy companies are making these commitments and embarking on the energy transition?

In contrast, the states of Texas and Florida have yet to make a Net Zero commitment.

The Republican politicians that are taking action against ESG are apparently not paying attention to the shifting views of their own voters. A Pew research study found that 88% of Republicans are supportive of specific policies to reduce climate change, such as planting a trillion trees to absorb carbon emissions, while 73% of Republicans are supportive of providing a tax credit to businesses to develop carbon capture and storage.10 My own experience supports polling data indicating that a vast majority of right and left-wing asset owners want to combat climate change.

Anti-ESG politicians should take note that voters from the opposing parties are not as far apart on this issue as it might seem. Another Pew study indicates that 77% of all Americans (including Democrats, Republicans and Independents) wish to prioritize renewables over fossil fuels.11

If we look at Pew’s findings broken down by political affiliation and gender, 66% of Republican women wish to move away from fossil fuels and 60% of Republican men agree.12 This data suggests that Republican women are more concerned about climate issues than Republican men. It is notable then that McKinsey projects that more than two-thirds of wealth in the US will be held by women by 2030.13 I believe this massive wealth transfer to women will cause a tidal wave of ESG investing — especially in climate solutions. Conservatives may now attack ESG investing as “woke,”14 but the data suggests that wealthy Republican women will increasingly invest in the clean energy transition.

Partisan voters and investors obviously still have polarized views on many issues, but all evidence suggests that they are now largely in agreement on climate change.

I believe that these myopic bans on ESG investing in Texas, Florida and West Virginia pose real world risks, not only to the pensioners of these state systems, but to all humanity – by supporting policies that exacerbate global warming and its catastrophic consequences.

I call on every American voter and every investor who agrees with me to send a message to the leaders who are on the wrong side of history – both with your votes and with your dollars.

Stephanie Cohn Rupp is the CEO of Veris Wealth Partners. She has worked globally in Impact and ESG investing since 2001 and is a Board Director of US SIF. Read Stephanie’s full bio.

The above article was originally published on the Medium.com website on August 31, 2022.

If you wish to read more about ESG investing, please consider the US Sustainable Investment Forum’s website published this week: https://esgtruths.com/.

If you wish to read more about Stranded Assets, please consider: https://carbontracker.org/ which aims to align Capital Markets with climate reality.