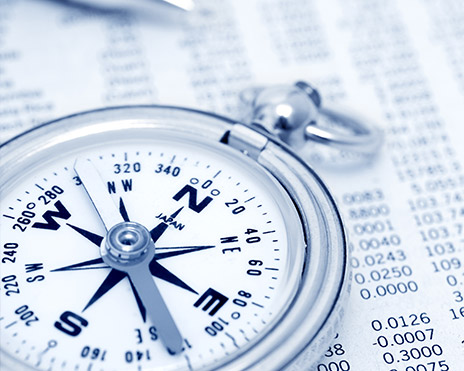 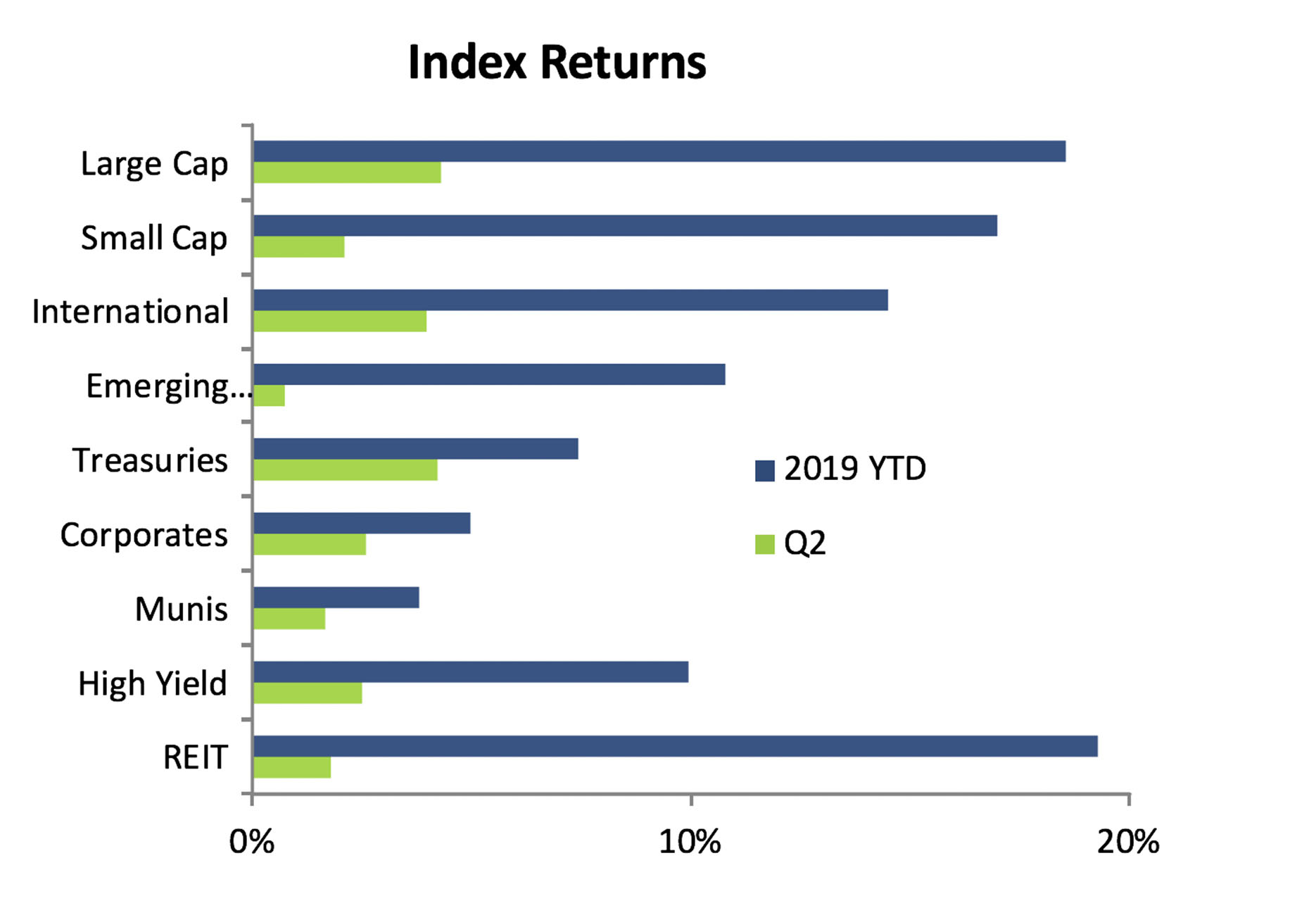 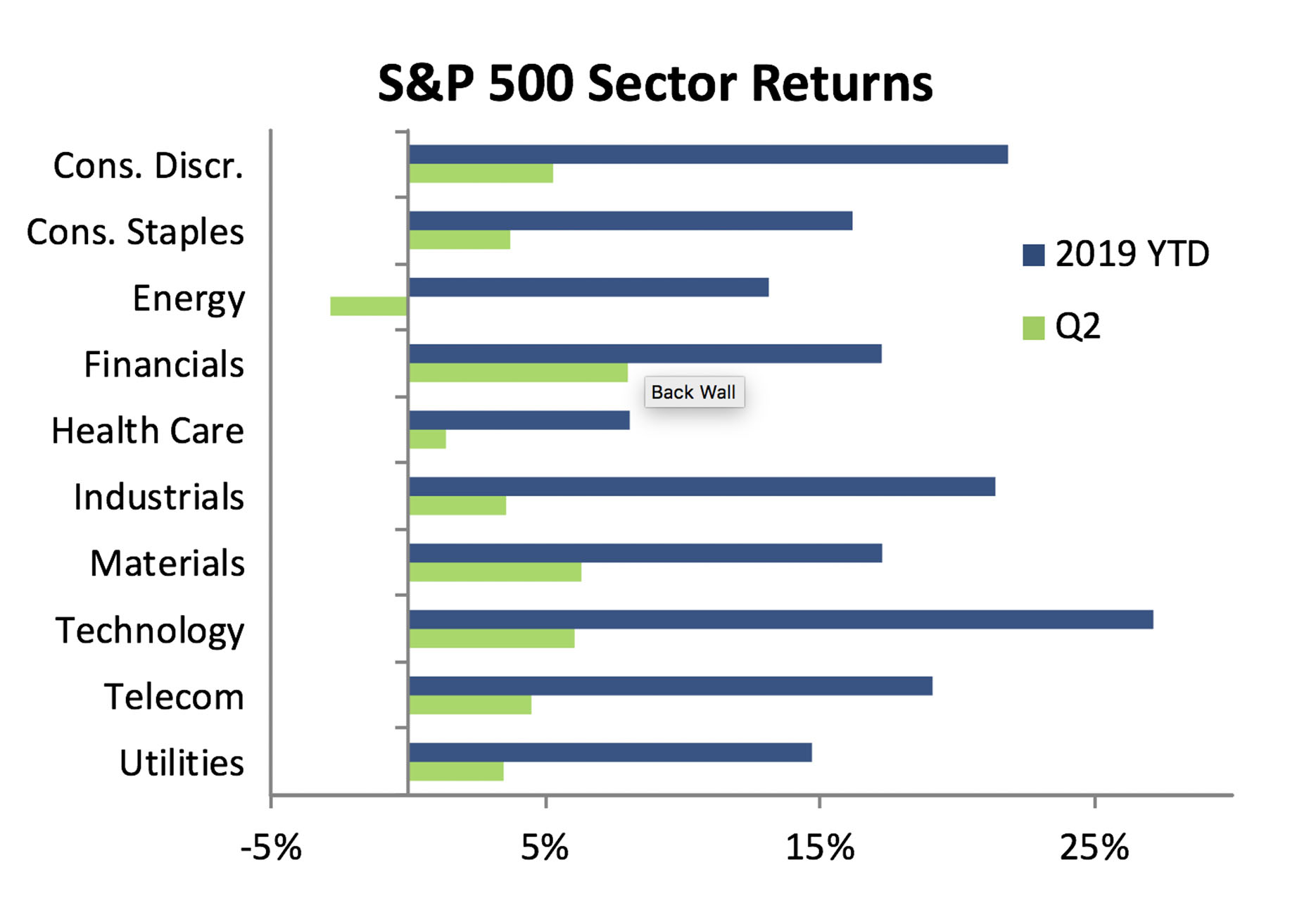 Within domestic equity markets, all sectors but the energy sector continued the positive returns of the first quarter. Even with the negative returns in the quarter for energy, all sectors are positive YTD. The solid rebound from the negative returns at the end of 2018 suggests investors may have a renewed confidence within financial markets. Some of this confidence can be tied to hints of possible accommodation by the Fed. We believe it is somewhat hard to understand this stance. Typically, a rate reduction is a tool reserved to stimulate a suffering or potentially suffering economy. 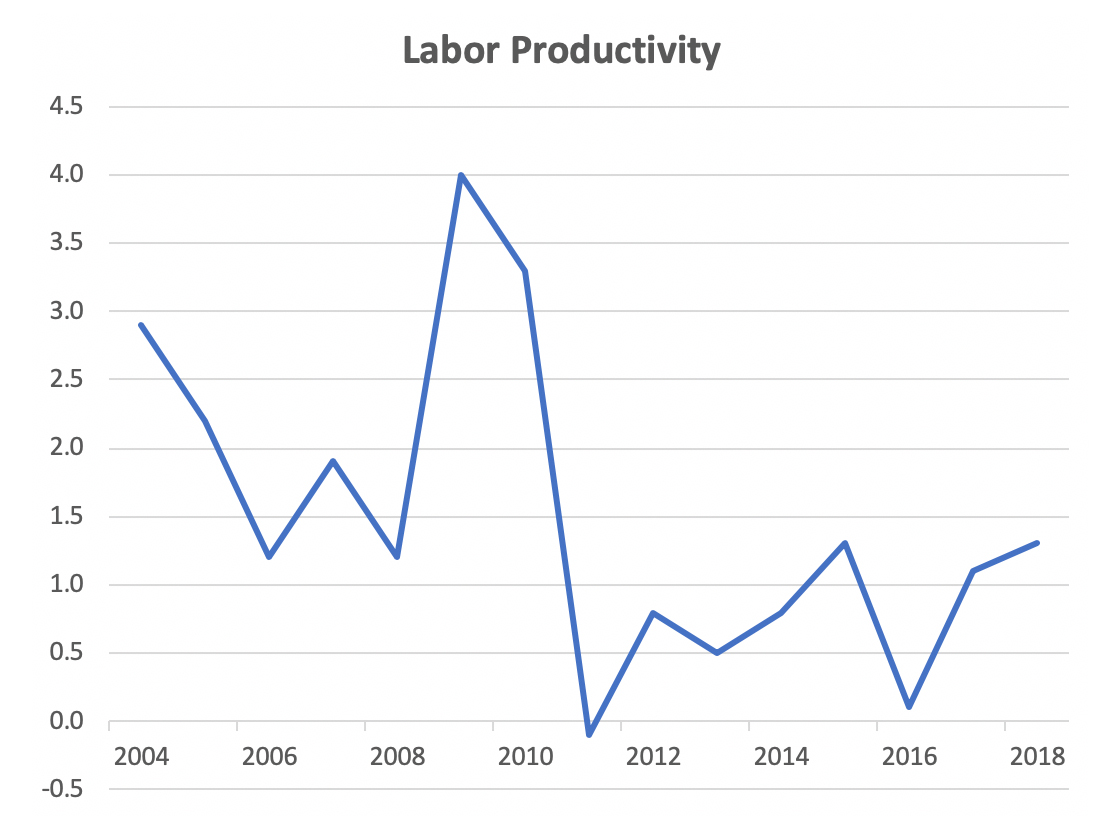 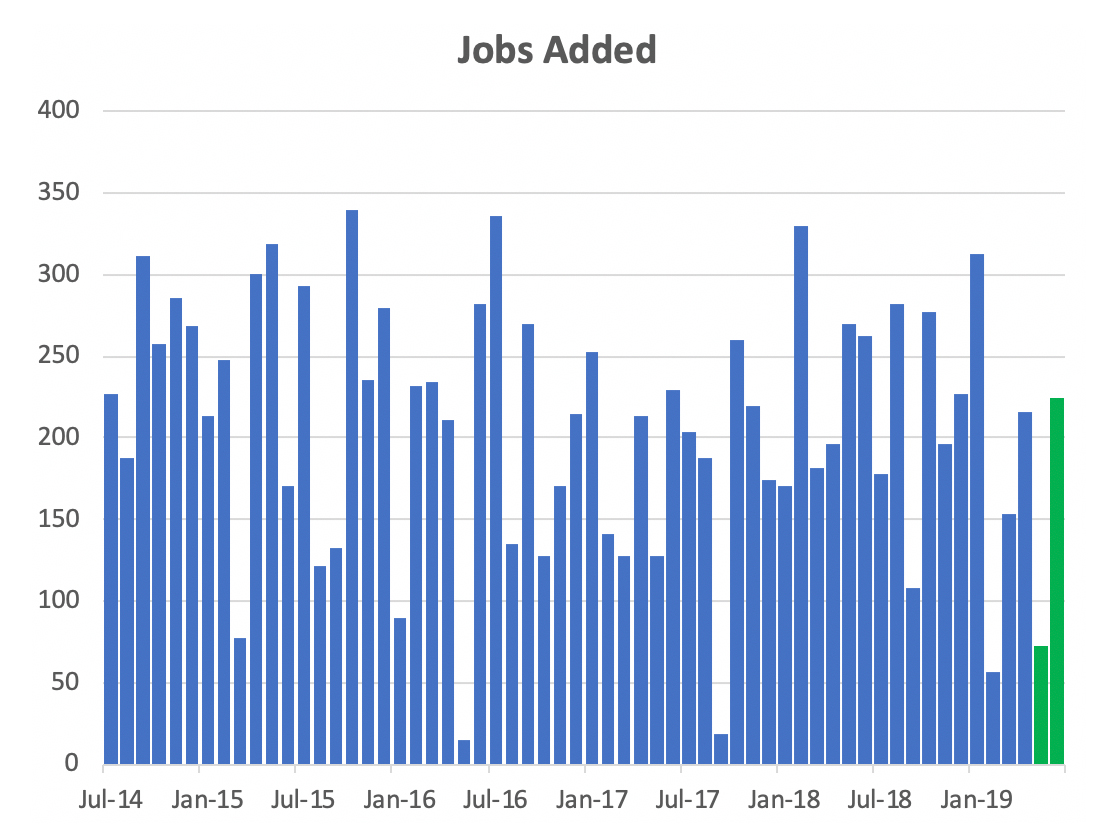 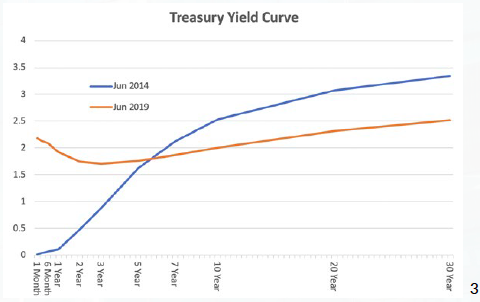 The forecasted cut in the Federal Funds rate aimed at prolonging economic growth is part of what has created the slight inversion to the yield curve. An inverted yield curve means that bonds with longer maturities pay a lower yield than bonds with shorter maturities. In the curve chart to the right, you see that five years ago, bonds of longer maturities paid a higher yield than bonds of shorter maturities. The current yield curve shows yields lower on some longer maturities than those of the shortest maturities. In an economy expected to grow, investors seek to be compensated more to have their funds tied up for a longer period of time. In the past six decades, the yield curve has inverted for three months, seven times. In each case, the economy entered a recession within two years. While this isn’t a statistically significant enough number of observations to draw a confident conclusion, it raises some concern that a prolonged inverted yield curve can be a sign of a soon to be slowing economy.

In this summer of global record heat, we believe there are obvious needs for growth in productivity and workers to combat climate change. New York City has joined eight U.S. states and over 100 cities and counties4 committed to transitioning over the next few decades to 100% renewable energy. This means that each community would produce more energy from renewable sources than it consumed. Getting there will require both workers and increases in productivity, which could play a role in economic growth. Without renewable energy targets from the national government, it continues to be up to cities, counties, states, and business to take the lead in creating this new economy.

As the stock market continues its longest expansion of our lifetimes, we invite our clients to connect with their wealth manager and evaluate their portfolios ability to meet their goals over a variety of market conditions.