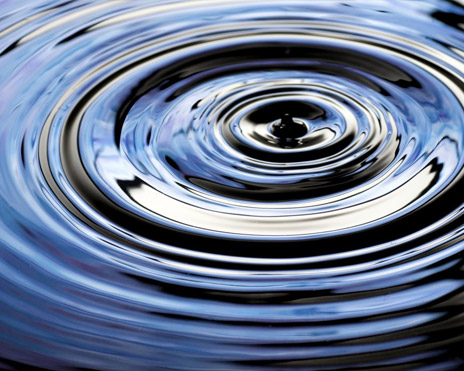 Don’t Fall Behind – Water Is A Great Opportunity For Investors

The theme of the UN’s annual World Water Day last month was “leave no-one behind.” This sentiment is applicable to both emerging markets and the developed world, while offering opportunities for investors in water.

The sixth sustainable development goal (SDG) from the UN is clean water and sanitation for all by 2030. The UN celebrates this day each year to call attention to this global priority and to advocate for sustainable management of freshwater resources.

While the need to develop water infrastructure in the developing world is understood, access to clean water, as the ongoing 2014 Flint, Michigan water crisis illustrates, is an issue for the developed world too.

My firm, Impax Asset Management, has been researching and investing in listed water related companies since 1999, running a dedicated strategy since 2008. In recent years, we have seen the universe of investable companies increase and an acceleration in the growth of many of its constituent companies. Climate change, pollution and a growing, increasingly urban population all drive demand that innovation and technology can help fulfil.

Governments, public bodies and private industry are all investing in new and upgraded infrastructure, and the investment momentum keeps gaining pace.

Access and changing preferences
Leaving no one behind in emerging market regions, like China, India and Sub-Sahara, largely requires the development of water infrastructure where it previously did not exist.

It is a positive development driven in no small part by urbanization, growing populations and changes in consumption patterns that demand higher standards of living. This isn’t just about access to clean water and water treatment. Many items taken for granted by urban dwellers require a significant amount of water to produce. A hamburger, for instance, requires 460 gallons (2,090 liters) of water to make.1

Aging infrastructure
A great deal of the infrastructure in the developed world is outdated, inefficient and/or struggling to meet modern water demands. This was exemplified by the Flint’s water crisis, where cost-cutting led to insufficient water treatment and lead leaching into the water supply. The project to replace the lead pipes, which commenced in 2016, continues with costs running into hundreds of millions of dollars.2

Climate change
Climate change is impacting water security. In recent years there have been a number of severe periods of drought and water shortages that have impacted farming yields, industrial productivity and meant loss of revenue for workers, such as the 2012–16 California and the 2014-2017 Brazil droughts.

Most recently, South Africa’s second largest city Cape Town, with a population of about 4 million people, suffered its own water crisis. Rainfall well below historical levels meant the City’s main reservoir was close to empty in March 2018. Cape Town residential water use was cut from about 120 liters per person per day in 2015 to 50 liters at the start of 2018.

For officials and residents in these regions, the long-term impact of climate change on water supply requires investment in a range of measures, including conservation and leak detection. Examples of other extreme weather events, like storms, represent a different priority, where protection and clean-up can be more pressing.3

An abundance of opportunities
The investment opportunities in water are surprisingly diverse and resilient. Risk characteristics are comparable to equity markets, and water runs through the global economy, across markets, sectors and regions. Water also provides attractive opportunities through the economic cycle, encompassing both defensive and cyclical businesses.

Technology and innovation play key roles in reducing water consumption. Smart meters, for example, can help utilities manage the supporting infrastructure more efficiently, and provide an early warning sign of and location of leaks. Public entities and private industry globally are investing in upgrading their infrastructure and this investment momentum looks set to continue.

Sources:
1Friends of the Earth and Impax Asset Management ‘Investing in water: tapping into a source of resilient growth’
2Wikipedia
3The Financial Times

David Richardson, CFA®, is Executive Director of Impax Asset Management, which has more than $16 billion in assets under management.