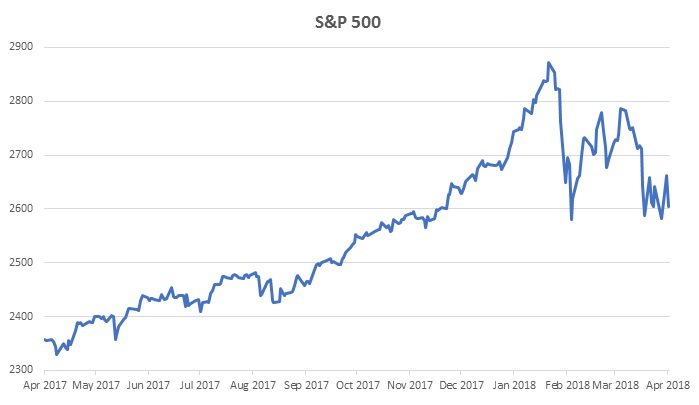 As of the close of Friday’s market, the S&P 500 was down 2.6 percent year to date, and 8.3 percent since the market high on January 26th. The S&P 500 is still up 10.7 percent in the last twelve months, and the recent decline only brings the stock market back to where it was last December, after what appears to be excessive exuberance over the tax cuts.  While this type of market decline (or correction) does not feel good to investors, it is not entirely a surprise.

If you are a reader of our IMPACT newsletter or blog, you may recall our observation of the near record length of this stock market expansion and our curiosity over the market’s confidence in the president’s economic agenda. While these factors have been noteworthy and have highlighted potential risks, the strength and growth rate of corporate earnings have provided a rational for some of the ongoing positive market returns. Events of the last two months have ended the record length of the bull market. It appears the market has joined us in questioning the economic implications of the president’s agenda.

At the time of this writing, corporate earnings and expectations of earnings growth remain strong. While many of us enjoyed stock market prices that were considerably higher, we believe the current prices are a better reflection of both the risks and opportunities of the stock market in this stage of the economic cycle. Stay tuned to our newsletter and blog for more analysis, and please contact us if you want to learn more about the Veris approach to wealth management.

If you want to subscribe to the Veris IMPACT newsletter to keep up to date with our market commentaries and perspective, please sign up at https://www.veriswp.com/contact/. 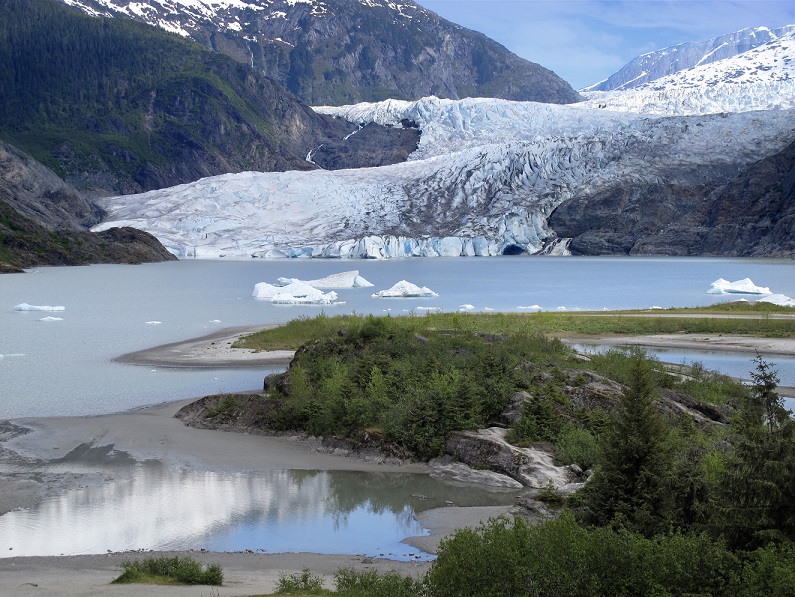 What’s Next for Climate Change Solutions in 2018?

By Jessica Lowrey, Director of Research

Impact investing continues to be one of the fastest-growing segments of the wealth management business. The reason: More individual and institutional investors understand that it’s possible to achieve market-rate financial performance, while having positive impact with their wealth.

This epic shift in investor behavior is increasingly fueled by innovation, especially as it applies to climate change. The progress we’re seeing in delivering climate change solutions to the world is largely the result of technology and process improvement.  Today more than ever, sustainability equals innovation and vice versa. This momentum has been further propelled by the historic Paris climate agreement and recognition by institutional investors of the risks of climate change.

In 2018, we expect even more capital to flow to breakthrough solutions that promote sustainability. In this first “Impact Trends” update we focus on Energy as it relates to climate. Clearly there are more key environmental issues affecting climate and ecosystems to be covered in later updates. Among the key trends we’re watching this year:

In 2017, the world’s largest money managers began pressuring fossil fuel companies by supporting climate-related shareholder proposals. Vanguard, BlackRock, and Fidelity voted for the first time in favor of climate resolutions. They joined PIMCO, Goldman Sachs, and State Street, which have stepped up their support for climate change engagement in recent years. As a result, ExxonMobil, Occidental Petroleum, and PPL were forced by shareholders to disclose risks associated with climate change.

In a related move, BlackRock CEO Larry Fink sent a letter to the 300 largest U.S. companies declaring that “every company must not only deliver financial performance, but also show how it makes a positive contribution to society.” Fink, whose firm manages $6 trillion in assets, asked firms to communicate their role in the community and their impact on the environment as well as the diversity of their leadership and workforces. In 2017, BlackRock also launched a suite of impact ETFs that favor companies with low-carbon footprints and support the UN Sustainable Development Goals.

The global fossil fuel divestment movement picked up steam in 2017. Norway’s $1 trillion sovereign wealth fund, the largest state-owned fund in the world, indicated it would begin divesting from all fossil fuels. Sweden pledged to phase out all greenhouse gas emissions by 2045. France stopped granting new permits for oil exploration and will end oil and gas production by 2040. Fifteen of the largest global insurers have divested $20 billion. China canceled construction of over 100 coal plants and worldwide coal plant construction declined 62% last year. Twenty nations have signaled intent to end coal-use altogether while over 125 multinational companies have committed to sourcing from 100% renewable energy.

And despite U.S. withdrawal from the Paris Climate Accord, more than 2,500 business, state and local policy leaders, controlling $10.1 trillion of the U.S. economy, remain committed to the agreement. Considered collectively, these entities (which are outside the U.S. federal government) represent the third-largest party to the Paris agreement and would have a GDP greater than Japan and Germany combined.

More Clean Energy On The Way

The cost of generating electricity from wind and solar power declined 25% in 2017 and 70% from 2010 to 2016. China installed 54 gigawatts of solar last year, more than any country has in a single year. Total U.S. solar capacity has grown at an average annual rate of 68% over the last decade. Storage and distribution continues to improve. Battery producers for Electric Vehicles (EV) and solar stand to profit from the surge in demand.

In part from off-grid renewables, 1.2 billion people have gained access to electricity since 2000 – keeping the lights on for commerce, school, and family. In the U.S., job growth in the solar industry has been 17x faster than the overall economy and solar now employs more people than oil, coal, and gas combined. Energy use in buildings accounts for 39% of carbon emissions and there are now 32,000 buildings and plants in the U.S. certified by the EPA’s Energy Star program.

At the same time, more automakers are building zero emissions vehicles. GM, Volvo, and Volkswagen declared they would eventually end production of combustion-engine vehicles and shift to all-electric. EV adoption surpassed 2 million in 2017 and sales grew 30%.

Investor demand and energy economics will continue to drive development of sustainable investment products. According to Bloomberg, global issuance of green bonds rose 67% to $163 billion in 2017. Along with increased adoption of Environmental, Social, and Governance (ESG) factors in security analysis, this has expanded the opportunity set for sustainable fixed income investment. Green bond issuers include corporations like Apple and Starbucks as well as states, municipalities, and Development Finance Institutions such as the World Bank.

The transition to a low carbon economy is not without challenges, but companies that embrace their role in the evolution will prosper from the emerging ethos of long-term sustainability.